Samos is an island located on the coasts of Asia Minor (of the coast of Turkey) which became, over time, one of the most important location of Hera cult. Her sanctuary gained in importance most likely thanks to trade. Despite this, the sanctuary has always been a local one and never became pan-hellenic, like Delphi or Olympia.

However, the cult of Hera on the island seems ot have been introduced by settlers from mainland Greece at the end of Bronze age (probably somewhere around the 10th century BC). The local tradition thus claimed that Hera was born on this island under the lygos (chaste tree, which is sacred to her) and on the bank of the river Imbrasos. An alternative foundation myth says that a wooden sculpture of her was brought there by the Argonauts from Argos. In either case, the early worship of Hera in Samos revolved around this sacred tree. 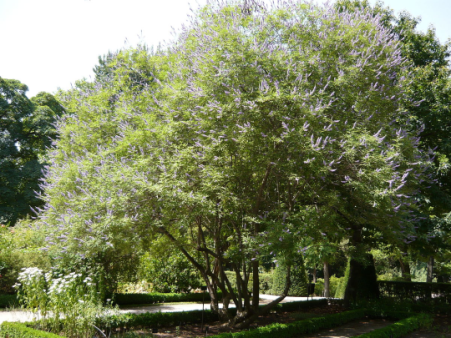 The yearly festival in her honour included a ritual binding of her statue with a branch that was cut from the tree. The statue was then carried in a procession to the sea, and would then be washed and clothed with new garnments and jewellery before being brought back to the sanctuary.

Ancient literature on the Heraion is sparce, as sources are lacking and/or contradict eachother, with the exception of Herodotus. However, excavations have given us valuable information. We know that it evolved from an early 9th century BC stone altar that was extended multiple times before becoming a huge temple by the 6th century.

This new/reconstructed temple provided shelter and sleeping space for pilgrims (and possibly supplicants?). Initially, the main sacred way to the temple was through the shoreline, but by the end of the 7th century, a new Sacred Way is built, linking the sanctuary to the city by an overland route (this wasn’t possible before because of the river and marshes surrounding the temple). As the popularity of the temple grew, the need for more buildings grew as well and the Heraion became a temple complex rather than an isolated sanctuary.

One of the reasons why extension became necessary was to store the offerings and votice made by the pilgrims, some of which could be costly and luxurious. The amount of loom weights found in one of the building also indicates that there was a building reserved to the making of the garments of Hera. By the 6th century, luxurious donations and offerings start being made to the temple.

For example, a man called Cheramyes dedicated in 560BC three marbles figures of women and a kouros (statue of a young man) to Hera. Not too long after, a sculptor dedicated a marble group of 6 figures representing a family portrait of a father, mother and four children (3 daughters and a son). They were placed on the side of the Sacred Way with inscriptions to give their names. Dedications fo statues continued during the 5th century with a group of three bronzes depicting Zeus, Herakles and Athena made by the sculptor Myron. However, political uncertainty made those types of dedications less popular than they once were.

Lastly, one of the most extra offerings was a whole boat, which was set up as a votive next to the altar. I will be coming back on the importance of boats in her cult some time this month.

The diversity of the offerings found during the excavations is a witness to the fact that many travellers stopped by Samos, probably for trade but also for pilgrimage. Amongst the most surprising offerings that have been found were a fragmented crocodile skull and an antilope skull. Both animals couldn’t have survived in Samos, even captive, so it is most likely someone brought those heads back from Egypt and dedicated them.

Many terracotta pomegranates and terracotta or ivory poppy pods have been found in the Heraion, as well as a terracotta pinecone. This pattern is of importance on a symbolic level, as all of those share the common trait of bearing seeds. This is a good indicator of Hera’s concern with fertility. Further excavations (and a lot of luck!) have confirmed that there was indeed plant remains of pomegranate and poppy seeds and pinecones on the site, which indicates that those were also offered alongside replicas. It seems that none of those were growing naturally on this spot, confirming that they were brought to the sanctuary as votives.

Humbler votives include statuettes of limestone, wood or terracotta as well as wooden bowls, plates (they perhaps held fruits or other perishable items). Were also found uncommon items such as pieces of corals, a piece of stalactite or chucks of rock crystals.